Dad’s War is a pictorial memoir of Howard J Francis Jr’s experiences in the European theater of World War II, as written by his daughter, the novelist Marina Reznor. It tells, for the first time, the engrossing story of the US Army’s critical mission to find enough whole blood in Great Britain to make D-Day a success.

Howard was born with the genetic condition pes planus (flat feet) which ruled him 4-F —unfit for combat. Upon graduation from college in 1942 he enlisted in the army and was stationed at the Walter Reed Army Hospital in Bethesda, Maryland where he was assigned to the 2nd Museum and Medical Arts Service. The ‘MAMAS’ were responsible for photographing and cataloging the US Army’s medical practices in World War II, which were later used to develop the MASH units in the Korean War. While at the Walter Reed Howard learned an important lesson: “There is one rule in the United States Army and one rule only. When you get something, you never, ever give it back.”

That is how he came to be in possession of a jeep he called Lady Chatterley and a driver. The three stayed together throughout the War and had many adventures together. Dad’s War follows Howard and Lady Chatterley to England, where by a twist of fate, he became involved in the top-secret procurement of whole blood in preparation for the D-Day invasion of Normandy.

He and the 2nd MAMAS followed the fighting to France, then Paris, and the Allied Forces push through Europe toward Berlin. On the way Howard encountered the legendary boxer Joe Louis, ex-patriot literary figure Gertrude Stein, and famous military heroes, including General George S Patton. Dad had some lucky escapes, was frequently close to military battles, and sat in Hitler’s chair in Berchtesgaden.

Complementing Marina Reznor’s well-researched text are more than 170 of her father’s never before published photographs, detailing the work vital to the health and safety of the thousands of men and women who fought so valiantly. 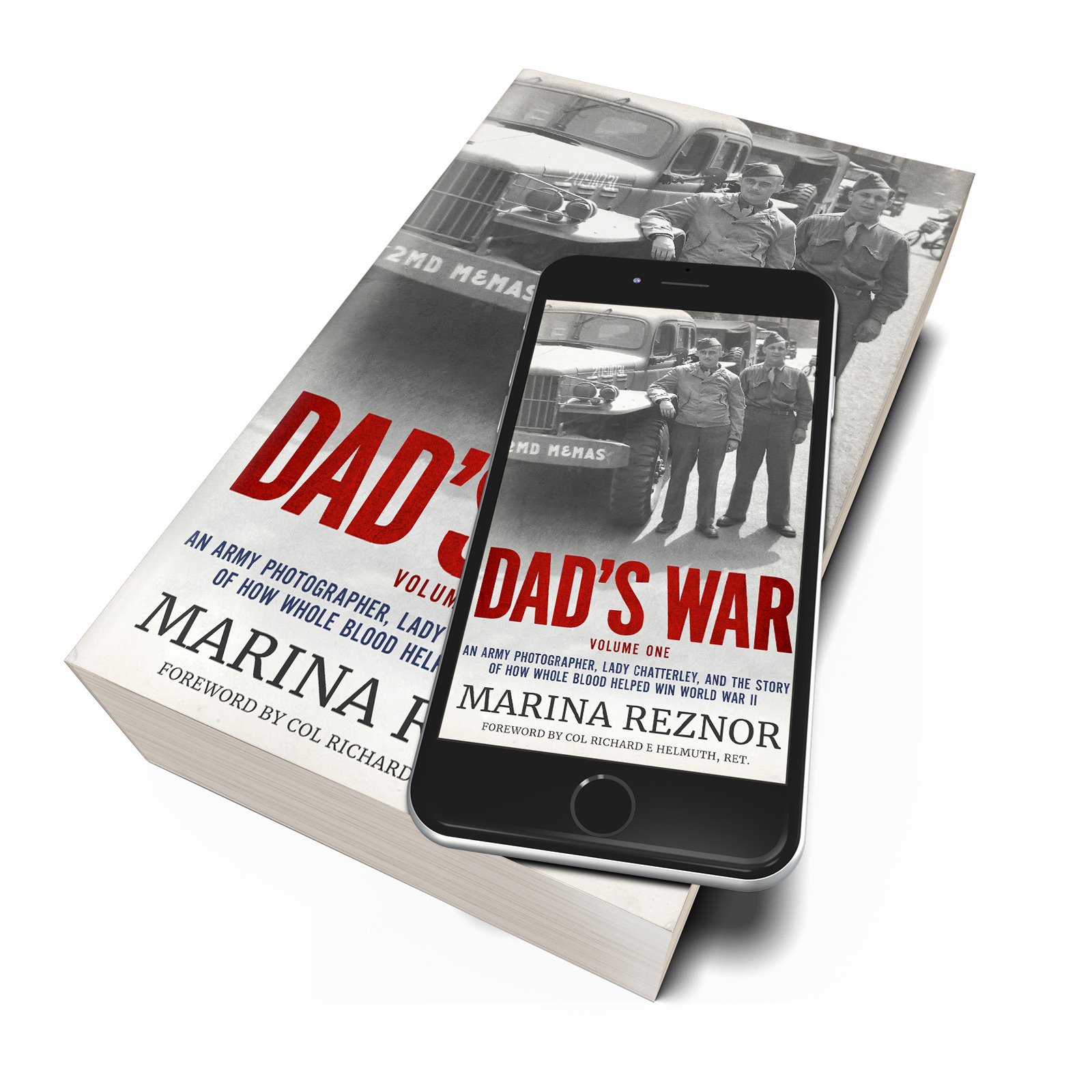